In Debt? Here’s Why You Should Apply for a Short-Term Loan Online 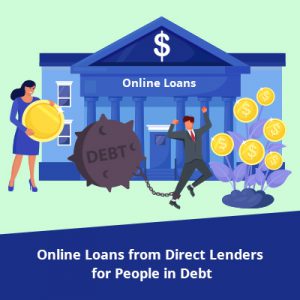 Debt can be a very tough situation to have to be in and deal with. Being in debt could mean that you don’t have savings of your own that can possibly help you get out of a tough situation, nor can you easily get funds from lenders due to your current financial situation. Being in debt may in most likelihood mean that you have bad credit, a position that nobody wants to hold; the major reason why lenders may disagree to fund you could be because of your bad credit rating, since that poses as a threat to being refunded by you.

Most lenders (including traditional ones) depend on credit ratings in order to approve or disapprove one’s request for a loan with them. A borrower possessing a good credit rating can get funds fairly easily, since his credit history proves his repayment capabilities. On the other hand, borrowers who hold bad credit scores are considered to be high risk borrowers- those who may in most likelihood be unable to repay their loan when taking into consideration their credit history to prove that point. Good credit score holders get funded at very decent rates of interest since lenders are happy to deal with responsible borrowers. However, bad credit score holders are charged an interest rate that could be way higher than that of one who has good credit, since they are considered to be risky borrowers, and if a lender does agree to fund such a borrower it could be considered to be a huge favour considering the risk he/ she may be taking to approve such a request for funds.

Also, those individuals who may be going through a phase of debt may be asked o provide collateral as a means of security to their lender, in order for the lender to avoid the risk of not getting his funds back. Collateral can include anything valuable that when sold in the market can retain the amount of funds offered by a lender to a borrower. A car, a bike or even a house can be put up as collateral, depending on the amount of loan borrowed from the lender. However, such a case could possibly add stress to a borrower which can also make him incapable of repaying his funds when the time comes to do so. Also, not everyone in debt has collateral to offer, making it quite difficult for them to get approved for funds by various lenders in the market.

So, what does one do in such a situation?

These days, there are a few lenders who offer funds to those in debt holding bad credit scores, without asking for collateral. But who are these lenders?

Considerate online payday and payday alternative or installment loan lenders such as CashUSAToday, extend a helping hand to borrowers in financial distress. These lenders have a different and unique way of approving funds, which does not include conducting hard credit checks since credit checks don’t really matter to them.

While offering funds to those with bad credit as well, a number of online direct loan lenders make it possible for borrowers with all sorts of credit backgrounds to get funded by them. Good credit core holder, bad credit score holder and even borrowers with no credit history at all are welcome to apply. What these lenders do depend on instead of one’s credit rating is a borrower’s monthly income statement. If proven to have a stable monthly source of income, it isn’t all that difficult for a borrower to get funded by such a lender, unlike the case with traditional lenders in which it is close to impossible for a bad credit score holder to get funded.

All these lenders ask for are a few very simple documents that can prove one’s credibility regarding his/ her personal information and income, after which the approval of such applications is a very simple and quick process. Also, as mentioned previously, there is no requirement of collateral irrespective of one’s credit rating. However, the amount of funds one shall be able to receive will depend on how much s(he) earns in a month since that’s what proves his/ her ability to repay a loan.

These loans are offered in just a matter of 24 hours (in most cases) which can possibly solve your bad debt situation in a very short span of time. Also, lenders like these offer debt consolidation loans which can help a borrower repay his existing debts, after which he shall be liable to repay a single loan to a single lender.

Online debt-consolidation and online payday and installment loans are very easy to apply for, and do not require borrowers to travel long distances just to get a short-term cash loan. They are also directly transferred into the borrowers account and repayment is handled in the same way (by debiting the borrower’s due amount on the date of repayment) which means that nobody has to go through the hassle of visiting a store in order to repay his/ her loan. Also, applications (including filling out forms and attaching documents) are done online itself, which a borrower can choose to do at any time during the day as per his/ her convenience. Now one doesn’t have to wait for a lender’s “opening hours” (which could clash with your work timings) in order to be able to apply for a loan. These loans can be applied for at any time since they are accessible 24/7.

So, if you’re in bad shape financially, getting out of it could just be a few clicks away.