Are Payday Loans Good or Bad 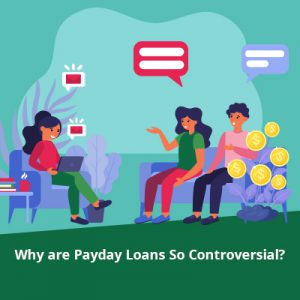 From money lenders, to traditional bankers and now to payday loan lenders, the lending industry has undoubtedly come a long way.

Even though payday loans were introduced to make life easy for those getting turned down by traditional lenders, it is now being debated whether they are actually a good choice to make or not.

Barring the fact that they were introduced to serve as a helping hand during tough financial times faced by borrowers, they have become quite a controversial topic.

But why? Why has a system of lending meant to help people become one of contemplation amongst borrowers?

Allow us to answer your question of concern.

The reason why payday loans have started gaining some level of unpopularity is due to their high rates of interest in comparison to traditional loans. However, what people unfortunately fail to understand, is that payday loans are small cash advances offered to those who need some money to address an emergency situation or to get through the month.

Since the amount offered by payday loan lenders generally ranges between $100-$1500, the rates of interest need to be higher in order for the lender to earn a decent profit.

Payday loans can therefore not be offered at rates as low as those that come with traditional loans. If they do end up being offered at those rates, it may be impossible for the lender to even run a business like that.

Let’s look at this point with the help of an example. Say a payday loan lender decides to reduce his rates to that of traditional loans, which may be around 11%. Now, if a borrower requests for 200 dollars, that’s 11 dollars per 100 dollars which equals only 22 dollars. So, your lender will end up earning just 22 dollars, which may really be not of much use to him. All he may be able to afford with that would be his Starbucks coffee for 5-7 days.

Do note that apart from having to cater to his personal expenses, your lender will also have to invest in his payday loan business. With rates as low as the one given in the example, it will be nearly impossible for him to do that. After all, even an online business requires some level of investment to be able to grow and run.

Apart from the fact that they are small cash advances which is why their rates of interest need to be higher in order for the lender to earn a basic amount of profit, there are a few more reasons why payday loans are higher in interest as compared to other kinds of loans.

Do This to Repay Your Loan with Ease and Flexibility

The one problem that payday loans come with is the fact that they are supposed to be repaid in lump-sum, making it difficult for many people to repay. A lot of people also get caught in debt traps due to this reason. That’s because, some people may have to use their entire salary to repay their loan, and the interest may come from another source- in most likelihood which may be a second payday loan. It can get difficult for many to come out of this cycle, until they find a third source to repay their loan from which may charge them a minimal rate of interest or nothing at all.

This isn’t a situation anybody wants to be in, which is why quite a few payday loan lenders now offer flexible repayment terms which come in the form of installment loans. Installment loans come with every benefit that payday loans do, along with the advantage of having to be repaid over the course of a few months in installments.

Some people however do prefer taking payday loans in their true form itself, in order to get out of being liable to repay a loan as soon as possible. Also, some people take payday loans instead of installment loans to gain a better credit score sooner.

However, when one does decide to go forward with the decision of taking a payday loan, it is important to ensure that repaying the loan is easy and won’t cause a dent in their pocket or put them into debt.

Apply now to get an online installment loan or a payday loan from an online trusted direct loan lender.