How the Rich get Richer with Loans 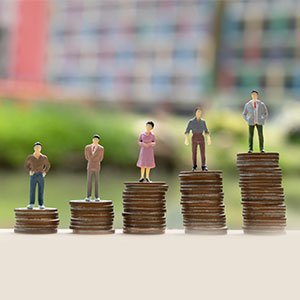 Ever found it scary to be getting into a debt-trap? Well, if you’re reading this article, we assume this could’ve been the case. However, as you read ahead, you’ll learn that there are smart and not-so-smart ways to utilize loans and that the rich who enjoy benefits of loans, tend to stick more often to the smarter ways.

Loans can be really very useful when you understand them and use them well. If anyone says that no rich person is taking loans beyond what they can afford to pay off from their savings or that they are themselves worth much more than, they are simply wrong. In fact, there are many very wealthy individuals and companies out there, which are in debt and have loans larger than their net worth.

So it is not necessarily how much a loan they take that matters. What matters is what they do with it. Say you’re investing borrowed money in something that gives you 25% profit in a matter of 30 days while you pay an interest of 36% per year which is actually just 3% for those 30 days, you are making a 22% profit in those 30 days out of the amount. Now assume that this amount was a hundred thousand dollars. What you would have earned in that smart move, was $22,000.

One could say that this sounds just like a get-rich-quick scheme and is not likely to be a real-world scenario at all. Well, in itself, it isn’t. However, a lot of wealthy people study markets loosely and learn where to invest, while having a good margin of safety. Which in simpler words means, that when most wealthy people decide where to invest, they are likelier to make a profit than a loss.

So in a more real-world scenario, being that same rich person, you would’ve actually borrowed a total of 1 million dollars. Being smart, you would’ve diversified this into 10 different investments. Sine you know the market well, you’re likely to have picked more profitable ones than unprofitable ones. Let’s keep things simple and say that 3 of those investments made a 25% loss each, 5 made a 25% profit each and 2 made neither profit nor loss. At an average, that’s lead to a overall 5% profit. 3% goes to the lenders and 2% stays with you and since your money is well diversified, this is a fairly low risk investment.

Assuming this is done for a year, you have 2 x 12 = 24% earnings over a million dollars that never belonged to you. That’s $240,000 profits out of an investment that you never had the money for in the first place. And why were you given a loan of that amount? Simply because you have a true reputation of being wealthy in the first place.

The above example is exactly that – a very hypothetical example. However, what is it that it’s intended to demonstrate? Wealthy people – or at least those who successfully use debt to grow their wealth – take up loans more often, with a plan/intention to utilize the borrowed money in a way that they believe, is likely to grow in value faster than the rate of the loan’s interest itself.

It is worth noting here, that better offers for loans (larger amounts, lower interest rates) are available to people with better credit history and financial health. Which means that wealthy people are very likely to get much better deals in the debt market than those who are not so wealthy. This is one of the things that makes it feasible or even possible to get a loan and grow money faster than the interest rate on it.