The Lending Industry- Origin and Growth 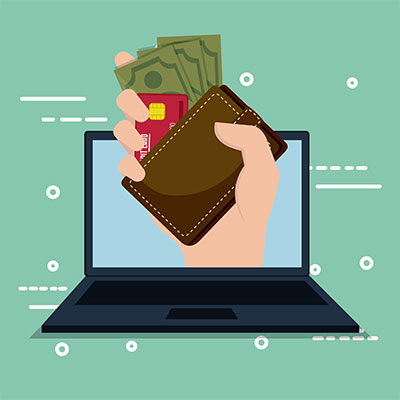 While online lending obviously only came into existence after the invention of computers and once the internet surfaced, the whole concept of lending originated about 3000 years ago, according to records drawn from Mesopotamia.
A boon for many and a curse for some, loans have definitely played a major role in the growth or failure of many, over the years. From big billionaires who used it to their advantage when they were just starting off their journey to success, to those who need loans to survive- we can say that lending and borrowing is a vital concept in today’s date and always has been.

Rome in Its Early Days
Ancient Rome had lenders offering advances to individuals, by asking for security or “collateral” as is the term used in the lending industry today. Generally farmers were prey to this and would borrow funds for their plantation, the repayment of which was set during the harvest season.

Middle Age
Jews were more commonly lending during this period of time, by charging an interest of around 1%. Lenders would typically deal on a bench, termed as “bancas” and once retired would break it “rupta” in Latin, which is where the term bankrupt originated from.

In The 1800s
Loans were by now available to all in order to assist every individual financially and to be more available to the general public. The Philadelphia Funds Society was the first to initiate the provision of savings accounts in the year 1816.

The 20th Century
The 20th century saw the introduction to a more digitalized way of commerce. With the BankAmericard coming into existence, credit cards had become an easy way of borrowing money, since it simplified the way one could borrow and spend. The tiniest of transactions could now be completed in one swipe. BankAmericard later became VISA, one of the most widely used multinational financial services that the world sees today.

Credit cards undoubtedly are still the easiest way of borrowing money, which is why we continue to use them.

Fico
A portal to check ones financial history, FICO (extended as Fair Isaac Corporation) was introduced in the year 1956 and is still used by lenders for the same, being a trustworthy and legitimate platform to do so. It basically provides details regarding one’s credit history and rating which ranges from 300-850 (the former being the lower limit and the latter being the higher in terms of bad to good credit scores).

Lending Today
Today, as we already know, there are a number of ways of lending and borrowing. The most known of them all is undoubtedly the traditional way, which basically include banks. Banks of course provide loans for a longer duration of time which is why they have more terms and conditions in comparison to other lenders. Their approval procedures include time taking processes such as credit checks, paperwork and collateral which is why it takes longer to avail a loan from them. They are a great option for those who need a fair sum of money and are willing to wait for a while to get their loan.

Direct lenders today can be found at a store or online as well. With technology being implemented in almost every field, it isn’t surprising that you can now get loans that are just a click away. The advantage of applying for a short term loan with a direct lender is that you don’t have to wait for too long to receive it and you don’t have to worry about having a bad credit score.

The lending industry has definitely undergone a ton of changes over just a few thousand years. From money lenders, to traders to banks and other lenders, this is one industry that has a lot to offer in many different ways in order to cater to the preferences of every individual.